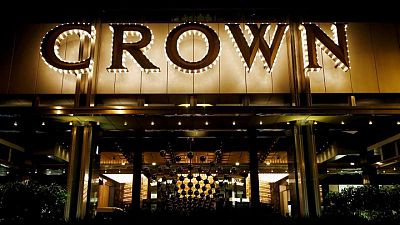 Crown’s lawyer told a government-appointed commission of inquiry that evidence of wrongdoing at the company’s casino in Melbourne left commissioners open to conclude that Crown was “not a presently suitable person to hold the casino licence”.

But cancelling the licence or forcing a sale or break-up would have negative consequences for the tourism industry and Crown’s “mum and dad” shareholders, lawyer Michael Borsky said.

“There would, on any view, be enormous disruption and possible financial hardship for so many, when so many are already living under great uncertainty and hardship as a result of the pandemic,” he said.

Crown, 37%-owned by billionaire founder James Packer, has been embroiled in legal battles and scandal since allegations of money laundering at its Melbourne casino emerged in 2019. The company has three casinos in Australia, but its Melbourne property brings in three quarters of its profit.

Government-appointed lawyers at the Melbourne inquiry have argued Crown should be de-licenced for its failure to repair a culture that turned a blind eye to money laundering and organised crime, and for letting Packer act as a shadow-director.

A separate inquiry into its new A$2.2 billion ($1.6 billion) resort in Sydney found Crown unsuitable for a licence in New South Wales state, while another inquiry into a third casino, in Perth, Western Australia, is underway.

Borsky invoked the company’s standing as the state of Victoria’s biggest single-site employer, with 11,500 staff, and said there was no guarantee a new owner “would seamlessly take on the full workforce without disruption or prejudice”.

Shareholders “must and will take pain” from any penalties related to the Melbourne inquiry, he said. But the company had 46,000 minor investors, and cancellation of Crown’s licence “would impose great financial losses”.

Earlier on Tuesday, Crown said the CEO of its Melbourne casino was stepping down.