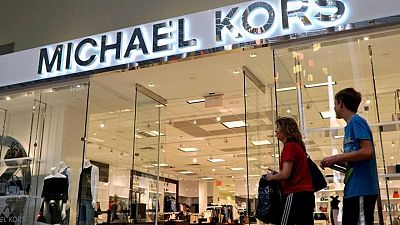 -Michael Kors parent Capri Holdings Ltd on Friday raised its annual forecasts for the second time after trouncing Wall Street estimates for quarterly results, as shoppers splurge on its high-end clothes and bags.

The global luxury goods industry is betting that a resumption of social events and parties following speedy vaccinations will encourage more shoppers to spend on fashion after being stuck at home for more than a year.

Shares rose as much as 16% as revenue at Michael Kors nearly tripled, making it the biggest boost to total sales and signaling a recovery from pandemic lows.

“While it is clear, the world will continue to see challenges as the global pandemic evolves, including regional closures and temporary restrictions, …the ultimate path to recovery remains strong”, said Chief Executive John Idol.

LVMH posted record profitability and revenue at its Fendi, Loewe and Celine brands, while Kering said Yves Saint Laurent had reached a critical scale with sales bouncing back in all regions.

Capri, meanwhile, raised its forecast for annual revenue to about $5.3 billion, just about a month after predicting $5.15 billion, while warning that the Delta variant could dampen some expectations around a quick recovery in Europe.

However, its outlook did not account for any significant additional store shutdowns, extension of closures or fresh government curbs that could hurt traffic and sales trends.

The Versace and Jimmy Choo owner forecast annual adjusted profit to be about $4.50 per share, higher than the $3.80 to $3.90 range predicted earlier.

Overall revenue nearly tripled to $1.25 billion in the first quarter compared to a year ago when stores were largely shut. Excluding items, the company earned a better-than-expected $1.42 per share.