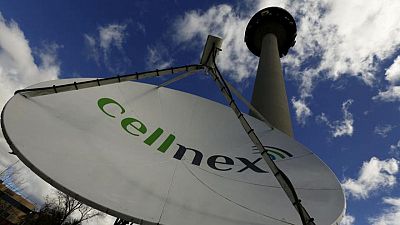 Adjusted earnings before interest, tax, depreciation and amortisation (EBITDA) at the Spanish group rose 53% to 804 million euros versus the same period of 2020, while total revenue grew 47% to 1 billion euros.

After closing a 7 billion euro capital raising in April, Cellnex plans to spend up to 9 billion euros on acquisitions over 18 months.

Chief Financial Officer Jose Manuel Aisa told Reuters the company was in no rush but was keeping an eye open for potential opportunities.

He attributed the 55% widening of the first-half net loss to amortizations, and what he described as a very conservative accounting policy.

Since its listing in 2015, the Barcelona-based company, which has a market capitalisation of around 37 billion euros, has invested heavily, buying up assets, assembling a portfolio of around 93,000 masts, which will reach a total of 130,000 in 12 European countries once its recent operations are finalised.

Britain’s competition watchdog said on Tuesday it would refer for a deeper investigation the UK telecom tower deal between Cellnex and Hong Kong’s CK Hutchison after it warned it could lead to higher prices and poorer service for network operators.

Aisa said he has no doubt the deal will be eventually approved.

The Spanish company’s net debt barely changed in the first-half of the year, totalling 6.6 billion euros, while it said it has available liquidity worth 18.6 billion euros.

(This story was corrected to fix story link in paragraph 10)