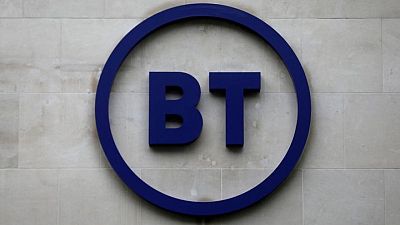 Chief Executive Philip Jansen said the quarter was overall in line with the company’s expectations, as a good performance in Britain offset challenging conditions in its Global unit.

He said the large corporate space was “very challenging”, but satisfaction was the highest it had ever been. Major companies faced the upheaval and expense of adapting to homeworking in the first quarter last year during the pandemic, and were deferring major spending on projects this year.

“No need to panic, we’re very alert to it,” he told reporters on Thursday. “It needs to come back and we’re hopeful it will come back in the back half.”

BT reported a better-than-expected 3% rise in adjusted core earnings to 1.87 billion pounds ($2.61 billion) on revenue 3% lower at 5.07 billion pounds for the end-June quarter.

Investors focused on the revenue miss rather than the earnings beat, with BT’s shares down 6.5% in early deals.

Jansen said conditions were expected to improve through the year, including an inflection on revenue.

BT faces increased competition from Virgin Media O2, which said on Thursday it would upgrade its network serving 15.5 million premises to full fibre, with completion in 2028.

The Liberty Global and Telefonica joint venture said there was a potential opportunity to enter the fixed wholesale market.

BT is seeking a partner to invest in a chunk of its fibre build and is considering a sale of a stake in BT Sport.

Jansen said there was no news on either, and reiterated he would only do a deal if the terms were attractive.

He added that he was sure there would be a conclusion on BT Sport by the next quarter if not before.