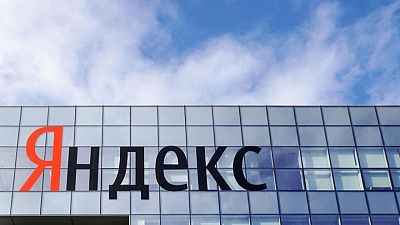 MOSCOW -Russian internet giant Yandex said on Wednesday it intends to spend around $650 million on e-commerce initiatives this year, more than previously planned, after reporting strong second-quarter results and upgrading its 2021 revenue forecast.

Yandex, which previously said it was spending $400-500 million on an e-commerce drive this year to tap into the pandemic-driven surge for online services, said gross merchandise volumes (GMV) for its e-commerce businesses jumped 155% to 35.1 billion roubles year-on-year.

Yandex services range from advertising to ride-hailing and foodtech. Strong growth in newer business areas, such as e-commerce and food delivery, pushed advertising’s share of group revenues below 50% for a second successive quarter.

“This means we plan to invest around $650 million this year,” said Demyashkevich, adding the plan would allow e-commerce GMV to grow 33% faster this year. About half will be spent on logistics.

“We are committed to allocating substantial capital in our e-commerce initiatives,” Demyashkevich said, adding that spending in the coming years, though difficult to estimate, would likely be comparable in the near term.

Yandex said e-commerce investments were the main driver of a decline in adjusted earnings before interest, tax, depreciation and amortisation (EBITDA), which fell 13% in the second quarter year-on-year.

It said it expected an up to three-fold year-on-year increase for 2021 in group e-commerce GMV, which encompasses its marketplace Yandex.Market, e-grocery business Yandex.Lavka and a portion of its food delivery service Yandex.Eats.

Adjusted net income stood at 1 billion roubles, up 34% year-on-year, while Yandex’s online advertising business, which has recovered since a dip during the early stages of COVID-19, saw revenue grow 48% to 33.4 billion roubles.