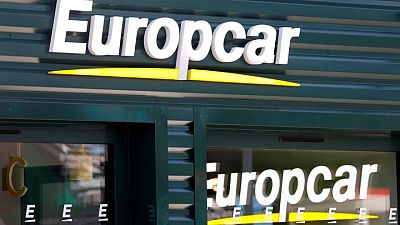 PARIS -A consortium led by Volkswagen has agreed with Europcar to launch a tender offer for the car rental company that values it at 2.9 billion euros ($3.4 billion) including debt, Europe’s largest carmaker said on Wednesday.

Volkswagen, which has teamed up with asset manager Attestor Limited and Dutch mobility group Pon Holdings BV for the deal, is proposing an offer price of 0.50 euro per share, it said in a statement.

This could be topped up by a 0.01 euro per share supplement if 90% of shareholders take up the bid, Europcar said in a separate statement, adding that its board had recommended the offer.

Shares in Europcar closed at 0.485 euros apiece on Wednesday. Sources had said a day earlier that a 0.50-per-share bid was being discussed.

With the offer Volkswagen is betting on Europcar’s vast international network in more than 140 countries, including a fleet of over 350,000 vehicles, as a way to sell lucrative mobility services.

Earlier this month, Volkswagen unveiled its new 2030 strategy, singling out software and services as one of the drivers of the global automotive market, which it reckons will more than double to 5 trillion euros by the end of the decade.

In total, investors representing 68% of Europcar’s shares have agreed to tender their stock, including Attestor, Anchorage, Centerbridge and Monarch, Volkswagen said.

This is more than the 67% minimum acceptance threshold set for the deal, it added. Volkswagen said its supervisory board has approved the proposed transaction.

The acquisition will be handled by Green Mobility Holding, a dedicated vehicle in which Volkswagen will own two-thirds, Europcar said.

The offer will be filed with the French regulator by the end of the third quarter 2021, Europcar said, adding it was expected to be completed in the course of the fourth quarter 2021 or the first quarter of 2022.

“For our customers as well as for our employees, two global mobility service companies joining forces today makes a lot of sense and has great value creation potential,” Europcar CEO Caroline Parot said.