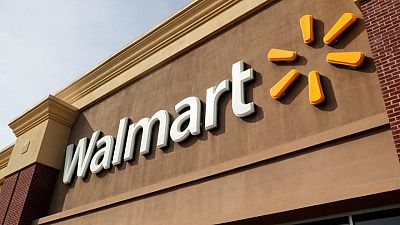 NEWYORK – Walmart Inc on Tuesday said it will pay the full cost of college tuition and books for its roughly 1.5 million full and part-time employees, effective Aug. 16.

The largest private U.S. employer said it will drop the current $1 a day fee paid by associates at Walmart and its subsidiary Sam’s Club.

Consumer demand is soaring as the U.S. economy reopens from the COVID-19 pandemic, deepening a national labor crunch. Employers are adding benefits and boosting wages as they struggle to find and keep enough workers, particularly in retail and restaurants.

Walmart has been criticized for years because thousands of its workers are below the poverty line, and it has also been rapped for paying less than rivals including Amazon.com, Kroger and Target.

In February, Walmart said it would raise average pay for U.S. hourly workers to at least $15.25 an hour.

Then in March, the world’s biggest retailer said it would further boost pay for its hourly workers on the U.S. east and west coasts, where the cost of living is higher and competition for labor among retailers more intense.

Nearly 28,000 employees have been active in Walmart’s educational programs this summer alone and 8,000 have graduated since it began in 2018 to offer college degrees, skills training and other certificate programs, the company said.

The company also said Tuesday its educational offerings are tied to its growth areas, and that it will add programs in business administration, supply chain and cybersecurity.