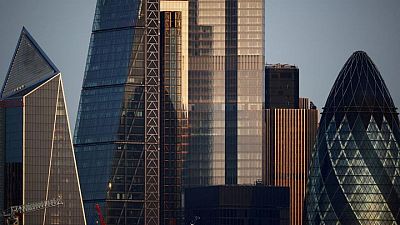 – The COVID-19 pandemic has worsened a shortage of white-collar workers in many countries, forcing companies to pay higher salaries to woo talent, a top London-based recruiter said on Tuesday.

Robert Walters – which specialises in the likes of accountants, legal and tech staff – said demand was outstripping supply in many of its 31 markets globally including the United States, the UK and Japan, as hiring in the last six months had sped up.

“A war for talent and significant wage inflation is beginning to emerge,” Robert Walters’ eponymous chief executive said in a statement accompanying the group’s first-half results, though he didn’t specify what level of pay rises the company was seeing.

Walters’ remarks on higher salaries align with stories of pay hikes by European lenders Deutsche Bank and UBS and at Wall Streets banks, while data https://www.theguardian.com/business/2021/jul/03/us-jobs-report-june-trend has shown more people are changing jobs or quitting following months of uncertainty during lockdowns.

While the pandemic slowed hiring for much of 2020, it also hit immigration levels, making it challenging for businesses to fill vacant posts and often tilting salary conversations at companies in favour of valued existing employees and incoming candidates.

As hiring speeds up further, Robert Walters said it was performing above market expectations for the year ending December. Its pretax profit rose to 22.1 million pounds ($30 million) in the six months ended June, a 6% rise from pre-COVID levels and a 414% surge from a year earlier.

It also announced a 20% increase in its fist-half dividend to 5.4 pence a share.

“Activity levels (are the) highest in London and across commerce finance, legal and technology,” Robert Walters said of its UK operations.

The company and its British rivals, SThree, PageGroup and Hays Plc, have all raised financial expectations in recent weeks as economies reopen and companies hire again.

Shares in Robert Walters were little changed in early trading on Tuesday, having risen more than 50% since the start of the year. By comparison, the UK’s FTSE 250 index of mid-sized companies is up 12% in the same period.