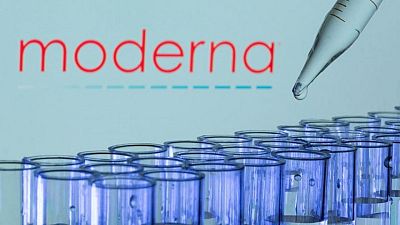 SEOUL – Moderna said on Tuesday its COVID-19 vaccine manufacturing partners outside the United States are facing delays due to laboratory testing operations that have occurred in the past few days, slowing the supply of the shot to these markets.

The vaccine maker’s comments come after South Korean health officials said earlier in the day that Moderna has delayed its late-July vaccine shipment schedule for the country to August due to supply problems.

“We are currently not reserving safety stock to allow vaccines to be delivered faster, which means that we do not have stock in storage to smooth these types of shortfalls or delays,” a Moderna spokesperson said. The issue was now resolved, but the delay will lead to a short-term adjustment in the upcoming 2-4 weeks, the spokesperson said.

The shipment delay comes as the South Korean government expands its inoculation campaign to people in their 50s and workers in its vital computer chip and electronic sector.

The disruption has forced authorities to switch to the Pfizer vaccine for some vaccinations.

Moderna and its manufacturing partners are working to minimize this shortfall across all impacted nations, the company said without naming the affected countries and the severity of the issue.

The supply issue is linked to the vaccine manufacturing process involving Swiss contract drugmaker Lonza and a Spain-based company, which does bottling work for the Moderna vaccine, said Jung Eun-young, head of the vaccine procurement team.

“This means the production-related issue does not only affect South Korea. Rather it is a common problem for countries that receive the volume from the manufacturing site,” Jung said in a news conference.

She did not name the Spanish firm, but contract drugmaker Rovi bottles, or “fills and finishes,” Moderna vaccines for markets other than the United States.

Contract drugmaker Lonza said questions on COVID-19 vaccine should be directed to Moderna. Rovi was not available for comment.

South Korea has a contract for 40 million doses of the Moderna vaccine, of which about 1.1 million have already arrived.

The country is battling a fourth wave of infections linked to the spread of the more contagious Delta variant and public complacency that has seen daily cases breach the 1,000 mark for the first time since December.

South Korean officials said the Moderna vaccines scheduled to arrive in August remained on schedule, adding that a detailed shipment plan would be made public once finalised.