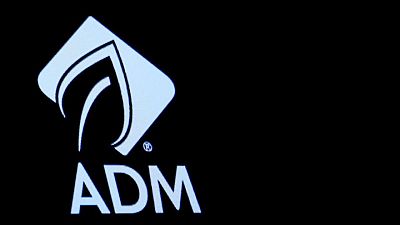 By Tom Polansek and Arunima Kumar

The bigger-than-expected earnings sent shares to a two-week high and extended a recovery from the COVID-19 pandemic, which last year hurt demand for the company’s ethanol and food products. Shares were up 1% at $59 at midday.

Chinese farmers have increased corn planting to cash in on demand-fueled record prices, though, a trend that is likely to cool imports, according to analysts. China’s soybean imports are also set to slow from a record first-half tally.

“That will drive the company to earnings that we never had before certainly,” Luciano said of the unit’s growth.

Strong demand from exporters and the animal feed sector have left supplies of U.S. corn, soybeans and wheat at their lowest levels in nearly a decade, sending prices to multi-year highs this spring.

The world is depending on massive U.S. corn harvests to offset shortfalls in Brazil, where drought and frost hurt farms.

Globally, farmers lost 15 million tonnes of crop production from unfavorable weather in the past two to three weeks, including a drought wrecking Canadian canola, Luciano said.

ADM‘s net quarterly earnings rose to $1.26 per share from 84 cents last year. Adjusted earnings were $1.33 per share, topping analysts’ estimates for $1.03, according to Refinitiv IBES.