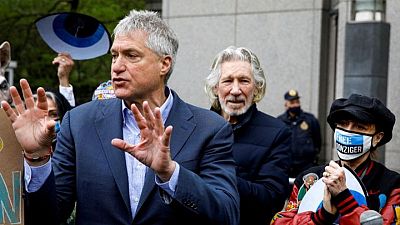 NEWYORK – A disbarred American lawyer, who spent more than two decades battling Chevron Corp over pollution in the Ecuadorian rainforest, was found guilty on Monday of criminal contempt charges stemming from a lawsuit brought by the oil company.

U.S. District Judge Loretta Preska in Manhattan ruled that Steven Donziger “repeatedly and willfully” defied court orders, including by failing to turn over his computer, phones and other electronic devices.

Monday’s ruling followed a five-day trial held in May with no jury.

Martin Garbus, a lawyer for Donziger, said he expected the decision to be reversed on appeal.

Lawyers for the prosecution and Chevron representatives did not immediately respond to requests for comment.

Donziger has previously said the charges violated his rights to due process under the U.S. Constitution.

The contempt case is the latest twist in a long-running battle stemming from Donziger’s representation of villagers in Ecuador’s Lago Agrio region, who sought to hold Chevron liable for water and soil contamination in the jungle between 1964 and 1992.

Chevron has said Texaco, which was acquired by Chevron, cleaned up the pollution and state-owned Petroecuador was mainly responsible for the contamination.

Donziger won a $9.5 billion judgment against Chevron in an Ecuadorian court in 2011. But the company sued Donziger in Manhattan federal court later that year, claiming he and his associates pressured the presiding judge in Ecuador.

U.S. District Judge Lewis Kaplan in 2014 ruled in favor of Chevron, saying the Ecuadorian judgment had been secured through bribery, fraud and extortion.

Chevron sought to recoup money Donziger reaped in the aftermath of the judgment, and Donziger was ordered to turn over certain electronic devices to the company’s forensic experts.

When he refused, the judge in the civil case charged him in 2019 with criminal contempt.

The Harvard-trained lawyer was disbarred by a state appeals court in New York last year.