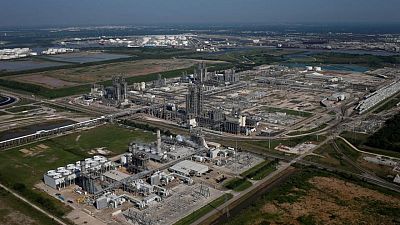 NEWYORK – Chevron Phillips Chemical Company failed to disclose to regulators significant amounts of at least 18 toxic chemicals imported to the United States over the past several years, as required by law, according to letters seen by Reuters.

Reuters previously reported that Chevron Phillips Chemical failed to disclose more than 350 million pounds of benzene, a chemical used in commercial and household products that is known to cause cancer, following an analysis by the Center for Environmental Health, a non-profit watchdog group.

“Their problems with reporting and the scope of noncompliance are obviously expanding,” said Robert Sussman, CEH‘s legal counsel and a former senior official with the U.S. Environmental Protection Agency. “Obviously there is a systemic problem.”

The EPA requires companies to report large quantities of manufactured and imported chemicals, which helps the agency gauge the risk of exposure to workers at chemical plants and the communities that surround them, as well as consumers and others that could come into contact with the toxins.

In a response to CEH‘s letter of intent to sue over the lacking disclosures, an attorney for Chevron Phillips Chemical said an initial investigation by the company found that it had not reported imports of the additional chemicals. The letter from Woodlands, Texas-based Chevron Phillips Chemical’s legal counsel, dated July 9, said the company has launched an outside audit of its disclosure compliance.

A Chevron Phillips Chemical spokesperson told Reuters the company has since fixed the data.

“We have corrected the reports with EPA and are reviewing procedures to ensure accurate reporting in the future,” the company said in an email. It declined further comment, saying it generally doesn’t remark on “matters under consideration by a regulatory agency.”

The EPA did not immediately respond to a request for comment.

It’s not clear what the 18 chemicals were or how much were imported, but failing to report is a violation of the U.S. Toxic Substances Control Act, and can result in fines of tens to hundreds of thousands of dollars.

Companies are required to report quantities of toxic chemicals imported to the United States of 25,000 pounds per facility in a single year. The threshold is lowered to 2,500 pounds for a select number of chemicals considered particularly dangerous.

CEH filed lawsuits against three other companies last month on claims of underreporting, or failing to report, large quantities of benzene and other potentially harmful chemicals into the United States.

The EPA has fined companies in the past for similar violations, according to agency documents.