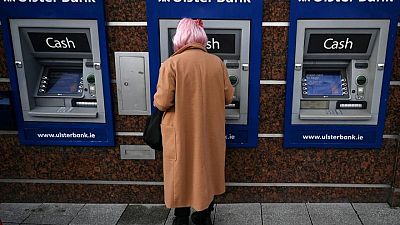 DUBLIN -Britain’s NatWest Group agreed to sell assets from its Irish arm to Permanent TSB, a move the mortgage lender and analysts described as a “once in a generation opportunity” for PTSB that caused its shares to soar.

The deal includes 25 of Ulster Bank’s 88 branches and 7.6 billion euros ($8.94 billion) of gross performing loans, 7 billion of which relate to non-tracker mortgages, as well as performing micro-SME loans and its asset finance business, NatWest said as its Irish exit gathered pace on Friday.

On top of receiving a cash consideration, NatWest will take a stake of up to 20% in the enlarged share capital of PTSB. PTSB said it did not envisage requiring new equity, meaning the Irish state would not need to top up its current 75% holding.

“I think the deal is very good for existing shareholders because in effect they will get the benefit of an enlarged bank without having to put in any more capital and NatWest obviously see the value in it (taking a stake) as well,” PTSB Chief Executive Eamonn Crowley told reporters.

Shares in larger domestic rivals Allied Irish Banks and Bank of Ireland were both also up by almost 5%, while NatWest rose 2.5%.

The British bank announced in February that it would wind down Ulster’s 20 billion euro loan book as Chief Executive Alison Rose slashes underperforming parts of the state-owned lender after it swung to a loss in 2020.

The sale means NatWest has around 8 billion euros worth of Irish loans still to be offloaded.

AIB is looking to acquire 6.5 billion worth of tracker mortgages, according to the Irish Times, which first reported on the discussions.

Both AIB and NatWest declined to comment on the report. NatWest said it was in talks with strategic banking counterparties regarding its performing tracker mortgages.

PTSB, which will take on about 400 to 500 of Ulster Bank’s 2,800 employees, said it expected to reach a legally binding agreement in the fourth quarter, with the business transfer to happen within the next 12 to 18 months.

“The transaction represents a once in a generation opportunity to add scale, substantially increasing earnings and returns to merit a re-evaluation of the investment case,” Davy Stockbrokers analyst Diarmaid Sheridan wrote in a note.