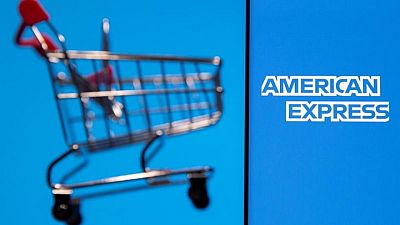 -American Express Co’s second-quarter profit blew past analysts’ estimates on Friday, driven by a recovery in global consumer spending, especially on travel, as more people ventured out after the rollout of vaccines.

Consumer spending, which accounts for more than two-thirds of U.S. economic activity, logged double-digit growth in the second quarter, a Commerce Department report showed last week, as the economic reopening unleashed widespread demand for travel and shopping from consumers stuck indoors for more than 18 months.

The U.S. consumer has “rocketed ahead on travel”, Chief Financial Officer Jeff Campbell told Reuters, with spending related to travel and entertainment on its cards within the United States reaching 98% of pre-pandemic levels.

On global travel and entertainment spending, he said it had recovered to nearly 70% of 2019 levels, two quarters earlier than previously expected.

Shares of the credit-card issuer, which recorded a benefit of $606 million from the release of its loan-loss reserves, rose nearly 4% to a record high of $177.49 in early trade.

The company sold 2.4 million new proprietary cards in the quarter, while spending on goods and services on its cards grew 16% on a currency adjusted basis.