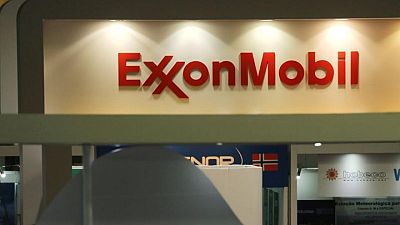 Exxon has faced pressure from investors to shake up its leadership in the executive suite and its board of directors after years of poor returns and as other global oil majors invest more heavily in the energy transition.

Mikells is the first woman and first external hire to enter Exxon’s uppermost echelon. Up until now, its cadre of senior vice presidents has remained dominantly male and internally sourced, with all four members of the current management committee having spent two decades or more with the company, according to its website.

“We welcome Kathy to Exxon Mobil and look forward to the perspective and experience she brings as we work together to deliver on our strategies and increase shareholder value,” Chief Executive Darren Woods said in Monday’s release.

Mikells is Exxon’s first major hire since outside investors led a board shakeup earlier this year. In that move, activist investor Engine No. 1 claimed several board seats, including one for former Andeavor CEO Greg Goff, known for restructuring companies. Exxon declined to comment further on its diversity strategy for its executive committee.

“This is clearly a first move for what will be a change in management and tone,” said analyst Paul Sankey in New York. “The history of the company has been a rigid hierarchical matter. This is the kind of unprecedented move we expected from the board change that has occurred.”

In the past decade, more women have risen to top ranks of the energy industry: Lynn Good serves as CEO of utility Duke Energy Corp, Vicki Hollub became CEO of Occidental Petroleum in 2016 and Chevron’s former CFO Pat Yarrington was one of the first women in the top tier of a publicly-traded major oil company, serving as CFO from 2009 until her retirement in 2019.

Mikells, who joins effective Aug. 9, will replace Andrew Swiger, the company’s principal financial officer, who joined Exxon in 1978 and is now at retirement age, the company said in a statement.

Mikells previously worked at spirit distributer Diageo Plc and United Airlines <UAL.O>, where she was responsible for the airline’s fuel hedging strategy, and also served as assistant restructuring officer.

While Exxon has female leaders, the top tier management committee, comprised of the CEO and three to four senior vice presidents has remained all-male according to a Reuters’ review of SEC filings dating to 2001. The company’s preference for promoting from the inside was chronicled in Steve Coll’s 2013 book, describing the company’s 20,000-square foot (1,900-square meters) executive wing as the “God Pod.”

Across energy companies, women’s employment lags other sectors, accounting for only 19% of the energy sector’s workforce, according to a study from Accenture released last month. By comparison, the overall U.S. workforce is 47% female, the study found.