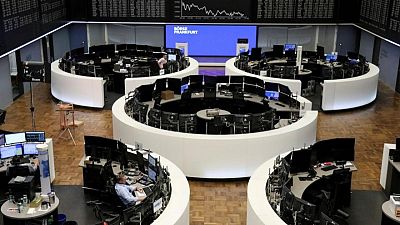 “The rise in the Delta variant case count may be spreading outside Asia and risk now seem to be tilting to the loosening of restrictions in many regions being delayed, hence growth momentum is faltering,” said Peel Hunt analyst Ian Williams wrote in a morning note.

Europe’s travel and leisure index dropped 2.9% to its lowest level since mid-February. Britain’s government said on Friday it was scrapping a planned relaxation of COVID-19 quarantine rules for travellers from France.

In Britain, cases rose to 48,161 on Sunday and in France, a minister said the re-imposition of curfew measures cannot be excluded if infections continue to climb.

With government bond yields on the decline, other economically sensitive sectors such as mining, automobiles & parts and banks dropped as rising virus cases raised the prospect of slower recovery.

French media giant Vivendi slipped 0.8% after billionaire investor Bill Ackman decided to buy up to 10% of Vivendi’s Universal Music Group through his main hedge fund, rather than a special purpose acquisition company.

Italian telecoms group Telecom Italia dropped 2.2% after it forecast its organic core profit to fall this year compared to a prior forecast for a stable- to low-single digit growth.