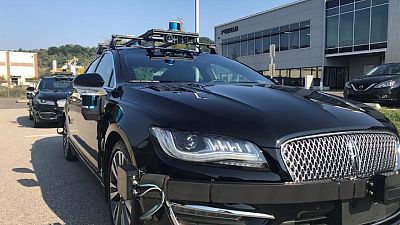 The deal with Reinvent Technology Partners Y will include a private placement of $1 billion from investors such as Baillie Gifford, Fidelity Management and Research, T. Rowe Price, Morgan Stanley and Sequoia Capital, with strategic investments from Uber Technologies Inc, PACCAR and Volvo Group, Aurora said on Thursday.

Aurora said it plans to focus initially on automating heavy trucks, with its first product slated to enter the commercial market in late 2023. In addition to freight, it will focus on the delivery and ride-hailing markets.

The 4-year-old Bay Area firm faces fierce competition from such well-funded startups as Alphabet’s Waymo, Ford- and Volkswagen-backed Argo, and Cruise, which is majority-owned by General Motors, as well as Chinese startup TuSimple, which did an initial public offering in April.

Investor interest in automated driving and associated technologies has seen an uptick in the past year, with more than half a dozen lidar sensor manufacturers going public through blank-check mergers.

“We believe Aurora will be the first to commercialize self-driving technology at scale for the U.S. trucking and passenger transportation markets,” said Mark Pincus, co-founder of gaming company Zynga and co-founder of Reinvent.

Aurora is led by former heads of self-driving programs at Google, Uber and Tesla Inc.

In December, Aurora said it was acquiring Uber’s self-driving unit Advanced Technologies Group (ATG) and announced a strategic partnership with the company to accelerate the development of its self-driving platform.

SPACs are publicly listed shell companies that raise funds with the intention of merging with a private entity within two years of floating their shares, thereby taking the private company public.

Aurora is expected to begin trading on the Nasdaq after the merger under the new ticker symbol “AUR“.

The combined company is expected to have about $2.5 billion in cash upon deal completion.