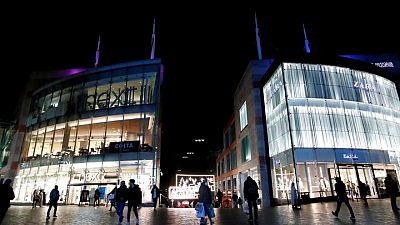 -Mall operator Hammerson Plc said on Thursday it would stop granting future rent concessions to tenants, as business activity picks up with further easing of coronavirus-related restrictions in the UK.

The announcement comes days after commercial landlord British Land also said it did not expect to grant further rent concessions, following the British government’s decision last month to extend a ban on commercial evictions until March 2022.

A lobby group British Retail Consortium recently told Reuters that a major worry for the industry was rent defaults by tenants who are trading well and could afford to pay on time.

Hammerson, which operates in the UK, France and Ireland, said in a statement rent collection rates have continued to improve, with 89% of billable rents collected for the year ended Dec. 31, 2020 and 68% for the first half of financial year 2021.

British shopping centres reopened in mid-May with some social distancing rules in place as part of UK’s phased exit plan from lockdowns, which have kept shoppers at home and led to widespread rent deferrals and defaults in the retail segment.

Although some pandemic-related restrictions have eased in countries where Hammerson operates, measures remain in place particularly affecting the food and beverage segment as well as leisure and cinema operators.

The FTSE 250-listed firm said it was too early to assess the operational impact from the additional restrictions announced in France that take effect from July 21.

In April, Hammerson exited its UK retails park sector, selling seven retail parks to Brookfield Asset Management for 330 million pounds ($459.33 million), shoring up its finances after posting a pandemic-driven loss of 1.7 billion for 2020.