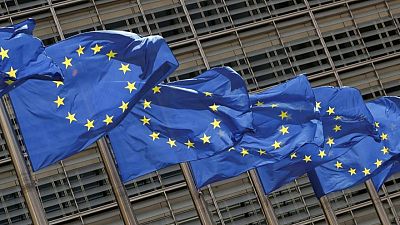 LONDON / BOSTON – A European Union climate masterplan to raise the cost of pollution and eliminate emissions is a step towards a single carbon price that many investors striving to make companies more sustainable say can help to engineer deeper change.

“The EU is to be applauded for its level of ambition in these targets and for aspiring to be a pioneer on climate change – it certainly sets a strong template for other industrialised nations to follow,” said Mark Wade, Head of Sustainability Research and Stewardship at Allianz Global Investors.

Central to the policy proposals are plans to reform the 27-member bloc’s Emissions Trading System, which forces polluters to pay for their emissions.

It has long been contentious as representatives of European industry say they are placed at a competitive disadvantage when manufacturers in other countries do not face such costs.

The European Commission is addressing the discrepancy with a proposed border levy – or Carbon Border Adjustment Mechanism – that would add a cost to imports to adjust for their emissions. It could in theory move the world closer to a single carbon price, something asset managers say is needed to drive sustainable practice.

Sanjay Patnaik , who follows climate regulation at the Brookings think tank in Washington, said agreeing a single global cost of carbon would be hard for political leaders, but the EU idea could be “a way to adjust for some of those price differences”.

All of the proposals published on Wednesday require negotiations before they can become law. The CBAM could be especially contentious, but the debate already helps to establish that the polluter should pay for their emissions.

Going forward, any company operating in Europe or selling to the bloc will need to ensure their corporate strategy is aligned with its climate ambitions, said Jeremy Lawson, head of the research institute at UK-based Aberdeen Standard Investments (ASI).

“For some, that will tip the scales towards making net zero commitments. For others it will force them to make those commitments more credible,” he said, but added large emitters whose main operations and markets are outside Europe would be less affected.

The next big effort to bring the world into line will be at U.N. climate talks in Glasgow, Scotland, in November.

A report from Climate Action 100+, an investor group pushing for heavy-emitting companies to accelerate their climate transition plans, said in March that none of the 159 companies its members engage with has so far committed to align capital expenditure with the United Nations’ 2015 Paris Agreement on climate.

Sara Rosner, director of environmental research and engagement at AllianceBernstein, said the New York asset manager hopes the Glasgow talks will make clear how efforts such as the EU’s will impact corporate finance.

“What could be useful for investors is some guidance on how to connect these country-level commitments to corporate actions. That connection is missing right now,” she said.

“We have all these companies and many multinationals that are making commitments to net zero or carbon neutrality, it’s unclear how this all rolls back up into the global reduction we need.”

But others said that even though the European proposals still require up to two years of debate to become law agreed by the EU member states and European Parliament, the direction of travel was clear and would help investors take a tougher line with the companies in which they invest.

“To the extent that some asset owners and managers have seen rising climate ambitions as ‘faddish’, these proposals demonstrate the need to take increased mitigation efforts from European and other governments very seriously,” ASI‘s Lawson said.