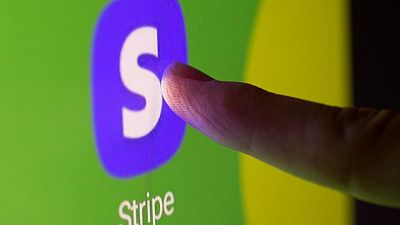 By Anirban Sen and Echo Wang

– Digital payments processor Stripe Inc, the most valuable U.S. technology startup, has taken its first major step toward a stock market debut by hiring a law firm to help with preparations, according to people familiar with the matter.

The 11-year-old company, which was valued by investors at $95 billion in a fundraising round in March, has sat out this year’s red-hot market for initial public offerings (IPOs), using private tender offers to allow some of its existing investors and employees to cash out their holdings.

Remaining private has enabled Stripe to keep such financial details as revenue and profitability under wraps. Yet this has also deprived it of using its shares as a publicly traded currency to help finance acquisitions and to incentivize employees.

Stripe has tapped Cleary Gottlieb Steen & Hamilton LLP as a legal adviser on its early-stage listing preparations, the sources said. There has been no decision on the timing of the stock market debut, and the next step would be the hiring of investment banks later this year, the sources added. The listing would be unlikely to happen this year, two of the sources said.

Stripe is considering going public through a direct listing, rather than a traditional IPO, because it does not need to raise money, said two of the sources, cautioning that those plans could change.

The sources requested anonymity because the deliberations are confidential. Stripe and Cleary Gottlieb declined to comment.

Stripe’s breakneck growth could result in it challenging Chinese technology giants Ant Group and ByteDance, whose valuations are close to $200 billion, for the title of world’s most valuable startup by the time it goes public.

John Collison told Bloomberg Television in an interview last month that Stripe, which has headquarters in both Dublin and San Francisco, may go public one day but that there were no current plans for a listing.