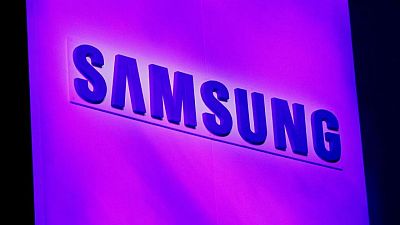 SEOUL – South Korea’s Samsung SDI Co may build a battery cell plant in the United States to support the auto industry’s shift to electrification, a company source with close knowledge of the matter told Reuters on Thursday.

Samsung SDI, an affiliate of Samsung Electronics, has been in talks with automakers including Stellantis, Amazon and Ford Motor-backed electric vehicle startup Rivian to supply batteries manufactured at its potential U.S. factory, the source said.

The South Korean battery maker is considering investing at least 3 trillion won ($2.62 billion) to manufacture batteries for Stellantis and a minimum of 1 trillion won for batteries to Rivian, according to the source.

The source added that Samsung SDI has not yet decided whether they would launch the U.S. plant as a joint venture with carmakers, or as an independent manufacturing site.

The source said the decision to build in the U.S. reflects the changes on tariff rules in the United States-Mexico-Canada Agreement (USMCA) that took effect last year, replacing the 1994 North American Free Trade Agreement (NAFTA).

The USMCA requires that vehicles have 75% North American content compared with a 62.5% threshold under NAFTA in order to avoid tariffs.

“We have been reviewing our expansion in the United States, but nothing has been decided yet,” a Samsung SDI spokesperson said, adding that the company cannot disclose details of talks with customers.

Samsung SDI has EV battery plants in South Korea, China and Hungary, which supply customers such as BMW, Ford, Volvo and Volkswagen.

Formed in January by the merger of Italian-American group Fiat Chrysler and France’s PSA, Stellantis has battery plant projects in France and in Germany, both in a joint venture with a subsidiary of TotalEnergies.

Reuters reported on Wednesday that Stellantis is making progress on finalising a deal to build a battery plant in Italy.

The carmaker has said it would take a decision on additional battery factories in Europe and in the U.S. this year.

In April, Rivian said Samsung SDI would supply battery cells for its vehicles.