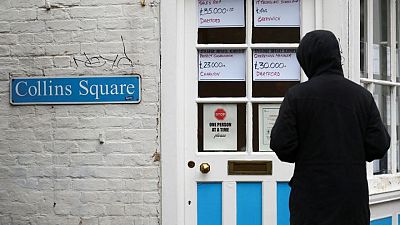 -British recruiters PageGroup and Robert Walters raised their annual profit forecasts on Wednesday on increased hiring across their biggest markets last month, signalling a recovery for an industry hammered by the pandemic.

Shares in PageGroup and Robert Walters rose as much as 6% each in morning trade following the news.

Recruiting firms globally suffered last year as the pandemic forced most businesses to halt hiring, but COVID-19 vaccinations and the re-opening of some economies have encouraged firms to resume recruiting.

Both PageGroup and Robert Walters, which each operate in more than 30 countries, reported higher June-quarter profits from a year earlier but struck a cautiously optimistic tone in their respective statements on Wednesday.

“At this stage of the recovery, it is not easy to determine whether the improved performance is still the result of pent-up supply and demand, or a sustainable trend,” PageGroup Chief Executive Officer Steve Ingham said in a statement.

Within Britain, London was a bright spot for Robert Walters, which noted strong recruitment activity across the commerce, finance, legal and technology sectors.

PageGroup, which helps hire executives, professionals and clerical staff, now expects annual operating profit of between 125 million-135 million pounds ($173 million-186 million), up from a prior estimate of 90 million to 100 million pounds.

Robert Walters projected annual profit be “significantly ahead” of the level it guided in June.

Page’s June-quarter gross profit rose 2% compared to the same period in 2019 before the pandemic, while Robert Walters reported its first profit rise in a year.

With hiring gaining steam, their consultant headcount also increased to deal with the rise in demand for their services, they said.