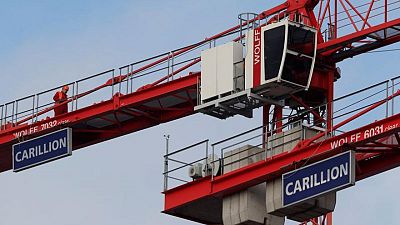 LONDON – Britain’s bosses have called on the government to delay its “step into the unknown” of forcing companies to hire two auditors to improve standards and competition after a string of corporate failures.

After the collapse of retailer BHS and builder Carillion, the government wants to introduce shared audits but despite three government-backed reviews, reform has been slow, partly due to the pandemic and Brexit eating into parliamentary time.

With a shared audit, a “challenger” auditor would audit a “meaningful” portion of a blue chip’s books, while a Big Four auditor, PwC, Deloitte, KPMG and EY, would do most of the work.

The Institute of Directors (IoD) said in its response to the government’s plan that it backed efforts to address recent failings in auditing, but wanted the plans phased in over a longer period as companies recover from the COVID-19 crisis.

Business minister Kwasi Kwarteng has said he would introduce the changes over an appropriate timetable.

The Big Four dominate auditing of blue chips, and the idea behind shared audit is to give “challengers” like BDO, Grant Thornton and Mazars a chance to build up experience with big clients.

“We are particularly worried about the willingness and capacity of smaller challenger audit firms to take on major audits in partnership with the Big Four,” said Roger Barker, director of policy and corporate governance at the IoD in a statement.

“This is a step into the unknown, and the concept needs to be properly tested before it is rolled out.”

There should be pilot before the regime is rolled out to all top companies, the IoD said.

France has applied a system of two auditors for many years, but the idea has received criticism from some quarters in Britain.

Jon Thompson, CEO of the Financial Reporting Council, which regulates auditors, said last month that some companies would prefer the alternative of a cap on Big Four market share.

“Resolving this is likely to require further work,” he added.