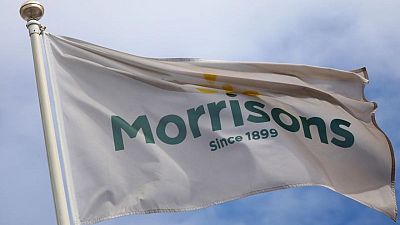 LONDON -An $8.7 billion battle for Britain’s Morrisons heated up when a third private equity group entered the fray on Monday and the supermarket group’s share price outstripped the value of an offer it recommended on Saturday.

Following are some details about the bidders for the 122-year-old grocery group, which is Britain’s fourth largest supermarket chain with 500 stores and is based in Bradford, northern England.

The consortium, which Morrisons had secretly been talking to since May 4, has pledged to maintain the Bradford headquarters and its existing management team led by CEO David Potts and pursue its existing strategy. It said material store sale and leaseback transactions were not planned.

That could prove more attractive to the British government after the opposition Labour party voiced concern over the impact on jobs and food manufacturing, with the coronavirus pandemic bringing home the need to keep it local.

The U.S. private equity group revealed on June 19 that it was considering a cash offer. Morrisons said a 5.52 billion pound proposal was made on June 14 and rejected on June 17.

Terry Leahy, the former boss of Britain’s market leader Tesco, is a senior adviser to CD&R.

CD&R has not detailed its plans for Morrisons. However, there has been speculation that CD&R wants to sell and lease back some stores and open Morrisons convenience stores at the Motor Fuels Group petrol forecourt chain it owns.

CD&R is yet to clarify its intentions.

Apollo, another U.S. private equity group, said on Monday it was in the preliminary stages of evaluating a possible offer for Morrisons but said no approach has been made to its board.

Apollo has shown itself to be keen on UK supermarket assets as it chased Asda, Britain’s No. 3 grocer, last year before losing out to brothers Zuber and Mohsin Issa and TDR Capital, which bought a majority stake from Walmart in a 6.8 billion pound deal.

Analysts have speculated that other private equity players could join in, noting that Lone Star was also interested in Asda.

Amazon, with whom Morrisons has a longstanding supplier partnership deal, has also been talked about as a possible bidder to secure a major physical presence in Britain’s food retail market, one of the most advanced in online delivery.

Competition rules would preclude any one of Tesco, No. 2 Sainsbury’s or Asda taking over Morrisons.

Fortress’ recommended offer is the only firm one on the table.

A circular from Morrisons detailing Fortress’ offer must go to shareholders within 28 days of July 3.

The circular will contain a notice of a court meeting and a general meeting for shareholders to vote on the proposal.

When it has a date for the shareholder meetings, the Takeover Panel will then set a deadline by which CD&R and Apollo and any other suitor who has been publicly identified as a possible bidder needs to clarify their intentions.

Such a “put up or shut up” deadline would normally be seven days ahead of the shareholder meetings.

Although Morrisons’ directors have committed to vote in favour of the Fortress proposal, this does not commit other shareholders to doing the same and the board has a fiduciary duty to consider any other offers.