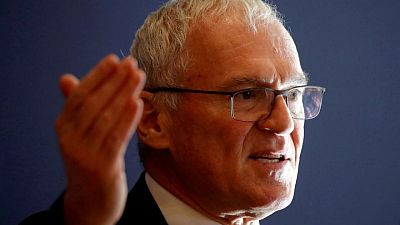 PARIS – The pathway for France to restructure power group EDF before the 2022 presidential election has narrowed dramatically with only a tiny legislative window left and key backers reducing efforts to get the reform done, five people familiar with the process said.

If the reform is not launched before the vote in April next year, that will disappoint EDF shareholders as well as investors more widely, for whom it was an emblem of the business-friendly changes President Emmanuel Macron promised early in his term.

“Officially the discussions are continuing, but I think this project is already buried,” said a source close to the project’s backers, speaking on condition of anonymity.

EDF declined to comment, as did the Finance Ministry.

An official at Macron’s Elysee Palace said he had no comment on EDF restructuring, but added: “Broadly, we should take into account the two priorities: (COVID-19) vaccinations on one hand, and economic recovery on the other.”

The reform of EDF – originally codenamed “Project Hercules” – envisages placing its profitable renewables business in a different entity so it could flourish, unburdened by the debt-laden nuclear assets which would be parked in their own entity.

But it is a difficult sell because trade unions fiercely oppose anything that resembles a break-up of EDF, while European anti-trust regulators worry that if the businesses are not fully split, one part could subsidise the other.

The first step towards getting the reform through – a deal between Paris and the European Commission – is not yet in sight, according to labour unions briefed on the matter, parliamentarians and a government source.

A source in Brussels familiar with the talks said French negotiators had recently looked to touch again on previously settled matters such as the price at which EDF sells on nuclear energy to third party distributors, signalling that a deal remained far off.

Asked to comment, a European Commission spokeswoman said that since the EU executive body’s contacts with the French authorities were ongoing, it had no comment.

Back in Paris, the government has not laid the groundwork normally required to get legislation through. The EDF reform is not featured on the items to be handled by parliament during its summer sitting. The next window is September, when the reform will compete for time with a possible pensions overhaul, before parliament becomes bogged down with the 2022 budget. Sessions end in March next year in time for the election.

The government could use its powers to railroad legislation through parliament without the usual debate, but that is high-risk as it would open up Macron to accusations of being undemocratic, according to two members of parliament.

“It’s looking likely nothing will get done before the election,” said Marie-Noelle Battistel, an opposition lawmaker and energy specialist who was among members of parliament the government has consulted on the issue over the past months.

Trade union opposition to the EDF reform has remained firm, despite multiple rounds of talks with the government. Unions have staged street protests over the reform, and strikes that have cut power output.

Now, people who had been at the centre of the effort to advance the reform are pulling back, while publicly saying they are still committed to getting it done, according to three people familiar with internal discussions.

“This won’t happen,” one source close to the French government said of the EDF restructuring getting launched before the election.

Senior EDF executives have not abandoned the reform, but believe there is little they can do unless the government unblocks the impasse, according to two EDF sources who spoke on condition of anonymity.

In the meantime, the firm is biding its time until a better opportunity to get the reform through comes along, they said.

EDFCEO Jean-Bernard Levy declined to comment on the reform at a conference in Aix-en-Provence on Sunday. “It’s in the hands of the government,” he told journalists.

The Finance Ministry, for its part, believes the timing is not right to push through EDF reform, given the twin opposition of the trade unions and Brussels, according to the source close to the French government.