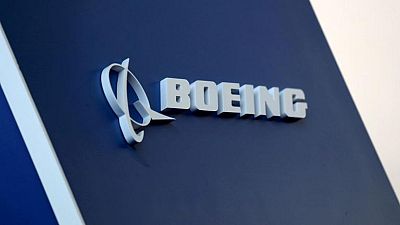 SEATTLE/WASHINGTON – Boeing Co announced on Monday that veteran lobbyist and political strategist Tim Keating, who helped navigate the U.S. planemaker through its worst-ever crisis following fatal 737 MAX crashes, has left the company but gave no reason.

An internal memo from Chief Executive Dave Calhoun to government operations employees, and a separate statement to media, confirmed Keating’s departure and the search for a permanent replacement, but offered no explanation or further details on what appeared to be an abrupt exit.

The U.S. planemaker came under intense scrutiny from lawmakers and regulators following fatal crashes of its 737 MAX jetliners in 2018 and 2019. The crashes plunged the company into its worst-ever crisis, one long-since compounded by the coronavirus pandemic.

Loren Thompson, a defense consultant with close ties to Boeing, said Keating had played a critical role in Boeing’s effort to manage a series of crises, including the 737 MAX saga, the loss of a major defense contract, and the sharp erosion of revenue caused by the global COVID-19 pandemic.

“Keating might not have stayed at Boeing as long as he did except out of a sense of responsibility because the company was in dire straits,” Thompson said.

The news was first reported by Defense One.

Neither Calhoun nor Boeing’s media statement offered Keating thanks or acknowledged his contributions to the company, which included running its extensive philanthropic activities – unusual omissions that raised questions about the circumstances of his departure.

A Boeing spokesperson declined to comment beyond its media statement.

Keating is a forceful Washington insider whose deep knowledge of congressional process and politics helped him push through numerous campaigns since joining Boeing in 2008.

For years, he fought to keep selling the Navy more F/A-18 Super Hornets, even as the Navy, Marines and Air Force increased their orders of a new fighter jet built by U.S. defense contractor Lockheed Martin Corp.

He lobbied to convince U.S. lawmakers to overturn the Air Force’s award of a major contract to Boeing rival Airbus to build refueling tankers and redo the competition.

Boeing ultimately won the deal, but its work on the KC-46A tanker has been plagued by costly delays and other setbacks.

Before Boeing, Keating was senior vice president of global government relations at Honeywell, and chairman of the board at Washington lobbying firm Timmons and Company.