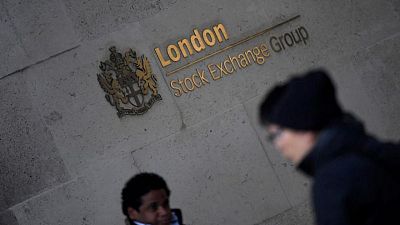 – London’s FTSE 250 index edged higher on Friday, helped by gains in industrial stocks and Inchcape, while data showed retail sales fell in May as Britons dined out more following a lifting of pandemic restrictions.

The domestically focused mid-cap index advanced 0.2% after three straight sessions of falls and outperformed the blue-chip FTSE 100 and pan-European STOXX 600.

Among industrials, Rotork Plc climbed 2.3% and was one of the biggest gainers after Morgan Stanley upgraded the stock to “overweight”.

Inchcape jumped 3.8% to the top of the index after the car dealership said its current-year earnings would beat market estimates.

British retail sales fell unexpectedly by 1.4% last month as a lifting of lockdown restrictions encouraged spending in restaurants rather than shops, with food stores suffering the biggest hit.

“Consumer spending is likely to help drive GDP back close to, or maybe even back to, pre-COVID-19 levels by the end of the year,” said James Smith, developed markets economist at ING.

“The potential challenge for retailers over the next few months is maintaining the level of spending as consumers resume spending on services that have been shuttered for the past few months.”

After the U.S. Federal Reserve’s hawkish turn this week, all eyes are now on the Bank of England’s meeting next week where it is expected to look through the temporary rise in inflation.

Among other stocks, EasyJet, Ryanair and Wizz Air gained more than 1.5% each after HSBC raised its price targets on border re-opening momentum.