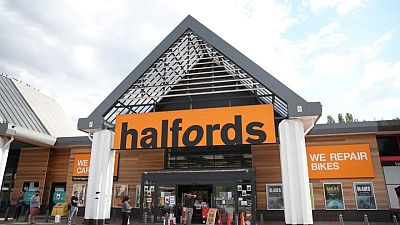 The company has benefitted from a pick up in cycling as Britons tried to stay fit during coronavirus lockdowns and avoid public transport on their commutes to work.

However, it has struggled with supply chain problems and said on Thursday margins could come under pressure as it sharpens pricing amid growing competition from the likes of Amazon and other online retailers.

Much will also depend on whether trading patterns change again as the hospitality industry and international travel potentially reopen to a greater extent.

But Halfords said its motoring business was currently benefitting as more people use their cars for weekend getaways while foreign travel restrictions remain.

And Hargreaves analyst Susannah Streeter was optimistic the cycling boom would continue.

“The new trend of swapping four wheels for two isn’t likely to be reversed as more people return to work, with more people adopting cycling for the commute,” she said.

Halfords said it expected pretax profit after IFRS 16 accounting adjustments to exceed 75 million pounds ($105 million) this financial year after it jumped 184% to 64.5 million pounds in the 12 months ended April 2.

The company, which sells first bikes for three-year-olds and electric bicycles costing up to 3,000 pounds each, proposed a full-year dividend of 9 pence per share.

It plans to spend between 50 and 60 million pounds in the medium term on its transformation plan aimed at making Halfords a more service-led business.