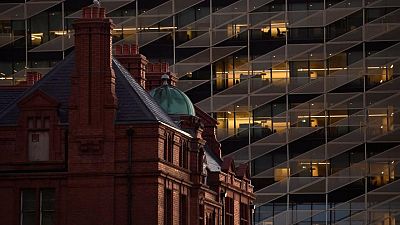 DUBLIN – A widening mismatch between Irish housing demand and supply may fuel significant house price growth in the near- to medium-term, the country’s central bank warned on Wednesday, as data showed that price growth is accelerating.

While the COVID-19 pandemic briefly halted seven years of unbroken price growth in Ireland last year, a second shutdown of construction to slow the spread of the virus earlier this year has compounded a long-standing lack of supply.

House prices rose at the fastest annual pace for almost 2-1/2 years in April, up 4.5% year-on-year compared with a rise of 3.5% the previous month, Central Statistics Office data showed on Wednesday.

In its biannual financial stability report, the central bank said the conditions for significant upward momentum to house prices in the months ahead appear to exist.

“The big challenge, and it’s not a new challenge and not a unique challenge to Ireland, is increasing the supply of housing and it is not something that can happen quickly or easily on the evidence,” Central Bank Governor Gabriel Makhlouf told a news conference.

Makhlouf said the central bank’s focus was to make sure the mismatch does not cause financial stability problems and avoid the mistakes of over a decade ago when reckless, relatively unchecked lending fuelled a property bubble.

The central bank’s caps on mortgage lending, which are being reviewed this year, are a permanent feature of the system, Makhlouf noted.

He added that the banking sector has a stronger capital position than the central bank expected towards the end of last year and that it remained capable of absorbing losses and supporting the economy, even in a worst-case projection.

An assessment by the central bank last November concluded that Ireland’s retail banks have sufficient aggregate capital to absorb shocks materially worse than baseline projections which at that point included a forecast for a no-trade-deal Brexit.