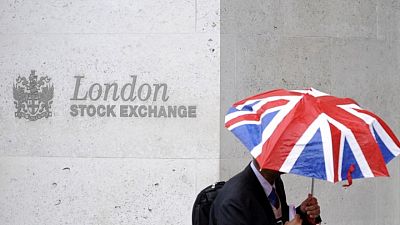 By Pamela Barbaglia and Abhinav Ramnarayan

LONDON – Fusion Acquisition Chief Executive John James is in talks to launch a new blank-check company which could soon file for a London listing with the aim of becoming the first to take advantage of a new British SPAC regime, sources told Reuters.

The plan, backed by Fusion Chairman Jim Ross who spent more than two decades focused on exchange traded funds, is the latest by a SPAC entrepreneur who has turned serial investor during the blank-check company boom of 2020 and 2021.

Investors have poured more than $300 billion into listing these shell companies before they identify and acquire a business, effectively writing the backers a blank-check.

Fusion’s choice of London comes as post-Brexit Britain scrambles to make the capital more competitive in one of the hottest areas in finance, with new rules expected to come in by “early summer,” according to the Financial Conduct Authority.

Bankers say around 30 potential SPAC sponsors, who are generally well-known, deep pocketed institutions or individuals, are in discussions with regulators in London and across Europe over their plans to go public as the U.S. market faces a decline in demand.

One of the sources said James wanted his latest Fusion vehicle to gain attention by being the first blank-check company to list under a new SPAC regime in London, which avoids locking investors in for an uncertain period of time.

The upcoming changes are meant to help Britain better compete with other European hubs including Amsterdam which has so far won the lion’s share of SPAC listings in Europe.

James, who is also the co-founder and chairman of Singapore-based fintech firm BetaSmartz, is looking to raise about $300 million for a new vehicle which will target a wide range of financial companies including asset managers and insurers with disruptive technologies, the sources said.

The first Fusion platform, set up in 2020, merged with digital finance firm MoneyLion in February just before the SPAC boom in the United States cooled after new SEC requirements to scrutinise warrants, which are often issued by SPACs.