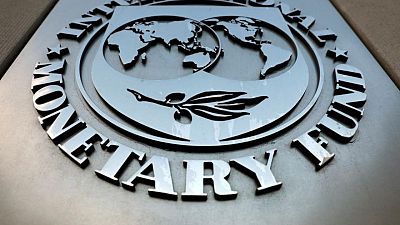 By Rodrigo Campos and Karin Strohecker

NEWYORK/LONDON -The International Monetary Fund said on Thursday it has economic and legal concerns regarding the move by El Salvador to make bitcoin a parallel legal tender, further clouding the outlook for an IMF-backed program and widening spreads on the country’s bonds.

El Salvador has become the first country in the world to adopt bitcoin as legal tender, with President Nayib Bukele touting its use for its potential to help Salvadorans living abroad to send remittances back home.

“We are following developments closely, and we’ll continue our consultations with the authorities.”

Foreign investors, concerned about the future of an IMF deal they see as key for the Central American country, have demanded increasingly higher premiums to hold Salvadoran debt.

The spread on the JPMorgan EMBI global diversified index over safe haven U.S. Treasuries jumped by 61 basis points (bps) on Thursday alone to trade at 683 bps, the highest level since Feb. 22. The daily average move over the past 21 trading sessions is 1.86 bps.

“We see the bitcoin headlines out of El Salvador as noise that could complicate discussions with the IMF,” said Citi’s Donato Guarino in a recent note to clients, reducing the bank’s already underweight exposure to the country even further.

Rice said the Fund will later on Thursday meet with Bukele to discuss the bitcoin law. El Salvador is in discussions with the IMF seeking a near $1 billion program.

“Whether El Salvador is going to be attractive (for investors) or not is going to depend on Bukele’s ability to use his unquestionable political capital to bring a large consolidated fiscal deficit into control.”

El Salvador’s law means bitcoin will have equal footing with the dollar, which became its official currency 20 years ago.

“The law by itself does not assuage doubts about the feasibility of the project nor does it add any confidence the development will put the IMF program back on track,” said Nathalie Marshik, head of EM sovereign research at Stifel.

El Salvador bonds were trading lower in price across the curve on Thursday, with the 2027 and 2052 issues down 1 cent each on the day.