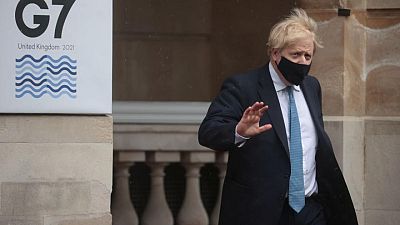 LONDON – Lawmakers from the governing Conservative Party railed against Prime Minister Boris Johnson’s cut to foreign aid spending on Tuesday, a show of defiance just days before their leader hopes to show off “global Britain” at a summit.

The criticism is embarrassing for Johnson, coming as he prepares to host the leaders of the world’s seven largest advanced economies when he hopes to “reinvigorate the international community” on climate change and COVID-19.

His critics say by breaking its commitment to spend 0.7% of gross national income on international development, the government is punishing the poorest during a global pandemic, a stance which could weaken its position in those talks.

But they have so far failed to force the government to change its policy, but several said they still hoped to bring a vote on the cuts in parliament.

“I want to argue … that what the government is doing is unethical, possibly illegal and certain breaks our promise,” said Andrew Mitchell, the Conservative lawmaker leading the call for funding to be reinstated.

“He (Johnson) goes into the summit in the teeth of a global pandemic when Britain is cutting its support to the poorest. No other country represented in the G7 is doing such a thing,” he told parliament.

Late last year, finance minister Rishi Sunak said the government would spend 0.5% in 2021 to prioritise “our limited resources on jobs and public service” to help Britain weather the coronavirus pandemic.

Mitchell accused Johnson of pandering to lawmakers who represent the so-called “red wall” voting districts in northern England, which after traditionally backing the opposition Labour Party supported the Conservatives at the 2019 election.

But the government repeated its argument that it had acted legally and would restore the funding as soon as it can.

One Conservative lawmaker supportive of the government said many voters believed that “charity starts at home”.