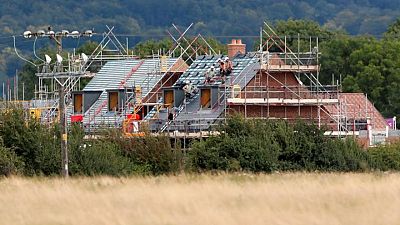 LONDON -Britain’s housing market is “on fire” thanks to government incentives for buyers, more demand from households with higher savings after the COVID lockdowns and a lack of homes for sale, Bank of England Chief Economist Andy Haldane said.

“As things stand, the housing market in the UK is on fire,” Haldane said in remarks to a online seminar on inequality organised by the University of Glasgow on Tuesday.

The recent rise in house prices – which exceeded 10% for the 12 months to March, according to official data – was very likely to worsen existing wealth inequality, Haldane said.

British finance minister Rishi Sunak cut the stamp duty tax on property purchases last year in a bid to reverse a slump in property sales at the start of the pandemic, and extended the temporary tax cut in March’s budget.

The tax incentive came just as many people who were working more from home sought bigger properties.

Haldane said there was little the BoE could do about the surge in house prices and demand, as tax rates, planning rules and measures to promote house-building were set by government.

Last month, BoE Deputy Governor Dave Ramsden said the central bank was carefully monitoring the housing market as it weighed up the risk of a jump in consumer price inflation.

Haldane told Tuesday’s seminar that uncertainty about the prospects for Britain’s labour market remained high even though employment and vacancies had bounced back quickly from the COVID crisis.

“We’ve still got more than 3 million workers on furlough across the UK, and that means that uncertainties about the future jobs market remain pretty acute,” he said.

While government figures last week showed 3.4 million jobs were on furlough at the end of April, more timely survey data from the Office for National Statistics suggested the number had dropped to 2.1 million by mid-May.

Haldane also said the rise of working from home after the pandemic could have important implications for labour market, productivity and inequality.