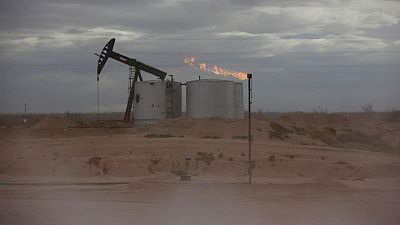 “They burned through a lot of crude oil though, and we had builds in gasoline and distillate,” Bob Yawger, director of energy futures at Mizuho in New York. “You don’t want to be burning that much crude and then the customers don’t want it.”

Gasoline demand jumped last month on panic buying following the closure of the Colonial Pipeline, the largest U.S. refined products line, which meant drivers were less likely to need to fill up their tanks over Memorial Day weekend, the start of peak summer driving season.

“Gasoline demand was off week-over-week which may disappoint some people, but it’s still solid,” said Phil Flynn, senior analyst at Price Futures Group in Chicago.

Oil prices have risen in recent days on expectations from forecasters, including the Organization of the Petroleum Exporting Countries (OPEC) and its allies, that oil demand will exceed supply in the second half of 2021.

OPEC+ agreed on Tuesday to continue with plans to ease supply curbs through July, giving oil prices a boost, in anticipation of improved consumption.

The OPEC+ meeting lasted 20 minutes, the quickest in the group’s history, suggesting strong compliance among members and the conviction that demand will recover once the COVID-19 pandemic shows sign of abating.

Also supporting prices was a slowdown in talks between the United States and Iran over Tehran’s nuclear program, which reduced expectations for a return of Iranian oil supplies to the market this year.