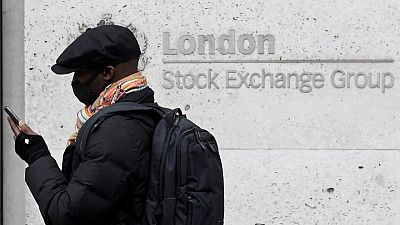 Bloomsbury Publishing surged 11.3% as the Harry Potter publisher declared a special dividend and lifted its targets for the current year, as strong book sales during lockdowns drove a 22% surge in its annual earnings. [nL3N2NK1LT]

“An upbeat assessment of demand from producers’ cartel OPEC and the waning prospect of a big increase in Iranian supply have helped support a rally in crude prices. Something which could make the market a little nervous if it is sustained given investors’ current preoccupation with inflation risks,” said Danni Hewson, financial analyst at AJ Bell.

The FTSE 100 index has traded in a tight range since April as concerns grew that central banks might pare support early as economies reopen and inflation climbs.

British mortgage lending slumped in April as a government decision to prolong a tax break on property sales came too late to influence buyers that month, but housing market activity looks on course to rebound, Bank of England data showed.

Among other stocks, Tate & Lyle rose 2.5%, after Berenberg upgraded the food ingredients maker’s stock to “buy” on prospects of a business split. [nL3N2NK1ZB]

Burberry Group jumped 3.5% to the top of the FTSE 100 index after Exane BNP Paribas upgraded the stock to “outperform” from “neutral”. [nL5N2NK1B6]