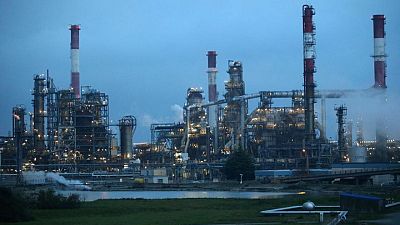 – Oil prices will see a gradual uptick this year as economies shake off pandemic blues and weather headwinds from the coronavirus crisis in India and a potential return of Iranian supply, a Reuters poll showed on Tuesday.

The survey of 45 participants forecast Brent would average $64.79 per barrel — the sixth straight upward revision in the 2021 consensus — up slightly from April’s $64.17 projection.

“In the second half of the year, the market threatens to slip into a significant supply deficit as global oil demand should pick up strongly,” Commerzbank analyst Carsten Fritsch said.

Global demand was seen growing 5-7 million barrels per day in 2021.

However, concerns remain about shrinking consumption in the world’s third-largest consumer India, reeling from a new COVID-19 wave.

But some analysts said the impact might be limited.

“We do not expect any significant decline (in prices), as fall in demand from India would be offset by an increase from countries like the U.S. and China,” Hetal Gandhi, Director, CRISIL Research said.

Iran and global powers have been negotiating since April to lift sanctions on Tehran, including its energy sector.

Any increase in Iranian supply would be on top of extra barrels already expected from the Organization of the Petroleum Exporting Countries and allies, or OPEC+, which plans to bring back about 2 million bpd through July.

Most analysts expect OPEC+ to stick to the existing strategy of gradually easing supply curbs during its meeting on Tuesday.

“Beyond July, OPEC+ will have more data regarding status of COVID surge in India, progress on Iran sanctions, and will calibrate the response keeping in mind these factors,” said DBS Bank analyst Suvro Sarkar.

“With U.S. shale producers indicating a prudent approach, we do not expect much production growth over the coming months,” said UBS analyst Giovanni Staunovo.