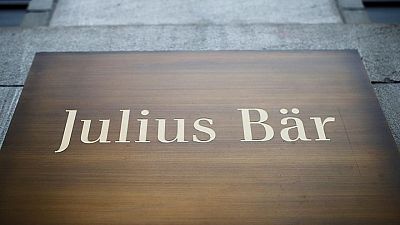 NEWYORK – The Swiss bank Julius Baer will pay $79.7 million in a settlement with the U.S. Department of Justice after being implicated in a sprawling corruption probe surrounding FIFA, the world’s soccer governing body.

The Justice Department said the forfeiture represents bribes that marketing executives paid soccer officials in exchange for broadcasting rights to soccer matches including the World Cup, and which a former Julius Baer banker helped launder.

The agreement was accepted by U.S. District Judge Pamela Chen in Brooklyn, after Julius Baer’s general counsel pleaded not guilty on the bank’s behalf.

No further punishment will be imposed if the bank complies with the agreement’s terms. Julius Baer had previously set aside funds to cover the payout.

Switzerland’s third-largest listed bank has said it has cooperated with the Justice Department since 2015, upgraded its compliance controls and dismissed some clients.

The Justice Department unveiled the FIFA probe in April 2015.

More than 40 defendants have been charged, and at least 30 have pleaded guilty.

The former Julius Baer banker, Jorge Arzuaga, was sentenced in November to three years probation after pleading guilty to a conspiracy charge.

Arzuaga was accused of helping an Argentine sports marketing executive pay bribes to Julio Grondona, who was then president of Argentina’s soccer federation and also a FIFA vice president. Grondona died in 2014.