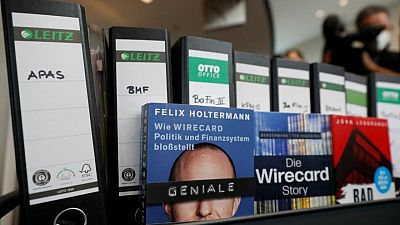 LONDON -The European Union will apply lessons from the Wirecard scandal by proposing stricter rules next year for company financial reporting and auditors, its financial services chief said.

The payments company collapsed in 2020 in Germany’s biggest post-war fraud scandal after auditor EY could not confirm the existence of 1.9 billion euros ($2.32 billion) in cash balances.

“Wirecard is a wake-up call. Wirecard told and sold a great story that wasn’t true,” Mairead McGuinness said in a speech to the European Policy Centre on Thursday.

“More and more board members should think twice if they are going to sit on a board and look at their wider responsibilities rather than just looking internally at the bottom line,” she said.

McGuinness will launch a public consultation after the summer looking at company audit committees, the outside auditors who sign off on financial figures companies publish and the regulators who supervise them.

It will examine whether responsibilities of company board members to provide accurate financial reports are defined clearly enough.

The consultation will reflect on how to improve the role of company audit committees and whether they should be mandatory.

McGuinness said supervisors for auditors across the EU had found problems with internal quality control systems.

“They also found a lack of or inappropriate monitoring of high-risk audited entities and insufficient audit evidence and documentation,” she added.

“And it is for these reasons that I aim to have a proposal ready by the end of 2022 to tackle the problems and to strengthen the quality of public reporting and its enforcement.”

McGuinness said “more and stronger action” may also be needed to ensure competition in an audit market where EY, KPMG, Deloitte and PwC, dubbed the Big Four, have 92% of market share.

The EU is rolling out requirements for companies to report on the “sustainability” of their activities to help meet goals for reducing carbon emissions.

“I would not like to see that concentration of control over the sustainability reporting,” McGuinness said of the Big Four.

Other reasons for the “lack of quality” in auditing might also be a focus on more attractive non-audit services, she said.

The EU brought in rules for the audit market in 2016 that require companies to change auditors every few years and imposed a cap on non-audit services, but there are national variations.