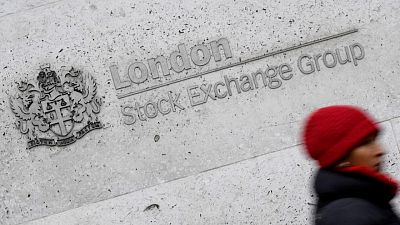 -British midcaps edged higher on Thursday, outperforming the blue-chip index for a third straight session led by gains in Meggitt and real estate stocks, while Equiniti Group jumped after agreeing to a take-private deal.

The domestically focused FTSE 250 index rose 0.1%, with aero and defence stocks adding 1.7%. Meggitt gained 3.1% after UBS upgraded the stock to “neutral” from “sell”.

The Bank of England could raise interest rates as soon as the first half of next year if the job market bounces back faster than expected, but it is more likely to wait until later in 2022, BoE policymaker Gertjan Vlieghe said.

“There is a relative dearth of economic data which could push markets in any particular direction in the coming days, although a second estimate of first quarter US GDP later on Thursday could renew focus on inflationary pressures, particularly if the already elevated number is revised upwards,” said Russ Mould, investment director at AJ Bell.

The FTSE 100 index has gained 8.8% year-to-date on optimism that speedy vaccine rollouts and constant policy support from the government would drive a stronger recovery from a pandemic-led recession.

Among other stocks, Equiniti Group jumped 6.5% after the British administration services and payments specialist agreed to be taken over by a new company backed by private-equity firm Siris Capital in a 673 million pound ($949 million) deal.

Insurer Aviva rose 3.2% after it recorded steady sales performance in its life insurance business and a 4% rise in general insurance, and repeated its promise to give cash back to shareholders.