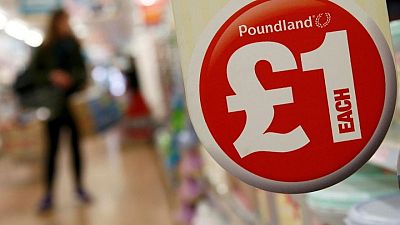 Pepco’s IPO gives a boost to Warsaw’s stock market which has had an rise in the number of listings, but was passed over by parcel delivery company InPost, which opted to list in Amsterdam in January.

Pepco had priced the IPO at 40 zlotys per share, giving it a valuation of 23 billion zlotys ($6.29 billion).

The offering comprised 92.4 million shares worth 3.7 billion zlotys. Additionally, South African conglomerate Steinhoff placed a portion of shares directly with some of its lenders, bringing the total gross proceeds to about 4.6 billion zlotys.

Pepco has not issued any new shares in the offer

“We have seen strong engagement from institutional and retail investor throughout the IPO process, and welcome all our new shareholders,” Chief Executive Andy Bond, a former boss of British supermarket group Asda, said in a statement.

Pepco, which owns the Poundland chain in the United Kingdom as well as the PEPCO and Dealz brands in Europe, trades from more than 3,200 stores across 16 countries.

The discounter, which does not trade online, is targeting 400 store openings across Europe in its 2020-21 financial year as it expands its PEPCO brand beyond central and eastern Europe.

In Eastern Europe the brand ranked second by value sales in 2020 after H&M, according to market research firm Euromonitor.

The IPO cuts Steinhoff’s shareholding in Pepco to 78.9%.

Pepco is targeting more than 1 billion euros ($1.22 billion) in core earnings within five to seven years by trebling its number of stores.