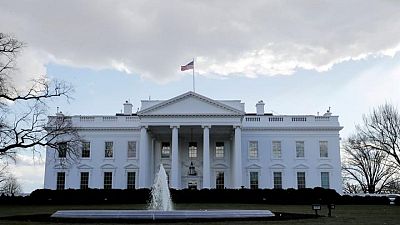 WASHINGTON (Reuters) -The White House said on Friday it was willing to accept a smaller Republican proposal to spend $65 billion to expand high-speed broadband internet to unserved areas as it seeks to win Republican support for a broader infrastructure plan.

President Joe Biden in April called for $100 billion over eight years to expand high-speed broadband access to the entire United States. “We believe we can still achieve universal

access to affordable high-speed internet at your lower funding level, though it will take longer,” the White House said Friday in a memo to Senate Republicans.

The White House added: “Any funding agreement would need to be paired with reforms to ensure these investments create good jobs, promote greater competition, and close the digital divide.”

Biden’s proposal is more expensive than a plan proposed by Democratic lawmakers that called for $80 billion to boost broadband internet service.

“Americans pay too much for internet service. We’re going to drive down the price for families who have service now,” Biden said last month.

The White House said Biden’s $100 billion plan would build “future proof” broadband infrastructure in unserved areas and focus support on networks “owned, operated by, or affiliated with local governments, non-profits, and co-operatives” and noted they have “less pressure to turn profits.”

Michael Powell, who heads the industry trade group NCTA – The Internet & Television Association, said in April that while government does have a role in getting networks to under-served areas and to help low-income families afford them, it was wrong “either to prioritize government-owned networks or micromanage private networks, including the unfounded assertion that the government should be managing prices.”

The Federal Communications Commission (FCC) said in January the number of people without access to internet of speeds at least 25/3 Mbps fell to around 14.5 million at the end of 2019.

A group of U.S. senators said in April to the White House that the current high-speed standard is insufficient, urging support for a goal of 100 megabits per second.