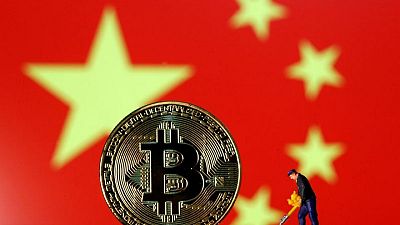 Compared with a previous ban issued in 2017, the new rules greatly expanded the scope of prohibited services, and judged that “virtual currencies are not supported by any real value”.

Three financial industry associations on Tuesday directed their members, which include banks and online payment firms, not to offer any crypto-related services, such as account openings, registration, trading, clearing, settlement and insurance, reiterating the 2017 ban.

But the new ban, which was posted by the People’s Bank of China (PBOC), also covers services that were not previously mentioned.

For example, it made clear that institutions must not accept virtual currencies, or use them as a means of payment and settlement. Nor can institutions provide exchange services between cryptocurrencies and the yuan or foreign currencies.

Additionally, institutions were prohibited from providing cryptocurrency saving, trust or pledging services and issuing crypto-related financial products. And virtual currencies must not be used as investment targets by trust and fund products.

Banks and payment companies were also urged to step up monitoring of money flows involved in cryptocurrency trading, and coordinate more closely in identifying such risks.

In 2013, the government defined bitcoin as a virtual commodity and said individuals were allowed to freely participate in its online trade.

However, later that year, financial regulators, including the PBOC, banned banks and payment companies from providing bitcoin-related services.

The restrictions prompted most such trading platforms to shut down with many moving offshore.

By July 2018, 88 virtual currency trading platforms and 85 ICO platforms had withdrawn from the market, the PBOC said.

Many Chinese investors were now trading on platforms owned by Chinese exchanges that had relocated overseas, including Huobi and OKEx. Meanwhile, China’s over-the-counter market for cryptocurrencies has become busy again, while once-dormant trading chartrooms on social media have revived.

China-focused exchanges, which also include Binance and MXC, allow Chinese individuals to open accounts online, a process that takes just a few minutes. They also facilitate peer-to-peer deals in OTC markets that help convert Chinese yuan into cryptocurrencies. Such transactions are made through banks, or online payment channels such as Alipay or WeChat Pay.

Meanwhile, cryptocurrencies’ potential threat to China’s fiat currency, the yuan, has spurred the PBOC to launch its own digital currency.

The fresh crackdown makes it more difficult for individuals to buy cryptocurrencies using various payment channels, and could impact miners’ business by making it harder for them to exchange cryptocurrencies for yuan.

Winston Ma, NYU Law School adjunct professor and author of the book “the Digital War”, said the new rules were designed to completely cut crypto-related transactions out of China’s financial systems, and expects the government to roll out new regulations targeting crypto assets.

Hong Kong’s Bitcoin Association said in a tweet in response to China’s reiterated ban: “For those new to bitcoin, it is customary for the People’s Bank of China to ban bitcoin at least once in a bull cycle.”