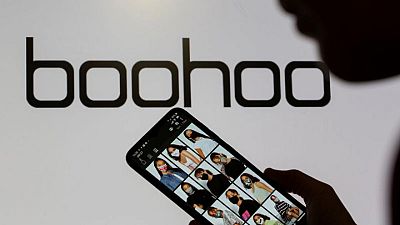 LONDON (Reuters) – British online fashion retailer Boohoo has bowed to pressure from lawmakers to link multimillion pound bonuses for its executives to improvements in its supply chain, including workers’ rights.

In September, Boohoo accepted the recommendations of an independent review which found major failings in its supply chain in England after newspaper allegations about working conditions and low pay, and set out steps to tackle the issues.

Boohoo, which sells clothing, shoes, accessories and beauty products targeted at 16- to 40-year-olds, has also faced investor criticism over a bonus scheme which would pay up to 150 million pounds ($213 million) to its founders and executives if its share price rises 66% over three years from June 2020.

Boohoo has accepted that recommendation.

“Whilst we ultimately believe that the full resolution (or otherwise) of these (supply chain) issues will be reflected in long-term share price performance (and thus have an impact on the value of awards) we have also agreed with participants to add a new non-financial performance condition,” Boohoo’s annual report, published on Wednesday, said.

Under this new target, Boohoo’s remuneration committee must be satisfied that the group’s “Agenda for Change” programme to fix supply chain issues has been successfully implemented over the three-year performance period before the vesting of any management incentive plan (MIP) awards.

The remuneration committee is made up of non-executive directors.

“In the event of the committee determining that the Agenda for Change programme has not been successfully implemented in full, we will have the ability to reduce the level of vesting of awards, irrespective of the share price growth achieved over the performance period,” the report said.