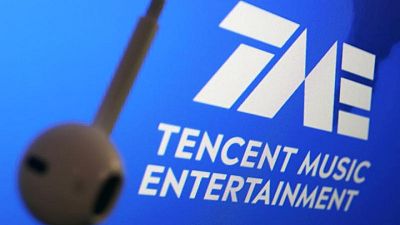 (Reuters) – Tencent Music Entertainment Group confirmed on Tuesday it is facing heightened scrutiny from Chinese regulators, adding it was “actively co-operating” with them and is committed to complying with all laws “including those related to anti-trust”.

This is the first time the Tencent group has publicly commented on the matter.

Reuters reported last month that Tencent Holdings, which controls music streaming company Tencent Music, was told by Chinese anti-trust regulators to pay a fine, give up exclusive music rights and sell some of its music assets. Tencent did not comment then.

The action against Tencent came amid a sweeping anti-trust clampdown by China on its internet giants.

“In recent months, we have received increased regulatory scrutiny from relevant authorities, and have been actively co-operating and communicating with the relevant regulators,” Tony Yip, chief strategy officer of Tencent Music, told an earnings conference call.

Yip declined to comment further or predict the outcome of the talks with the regulators, but said “we are committed to comply with all relevant laws and regulations, including those related to anti-trust.”

On Monday, Sony Music Entertainment announced digital distribution agreements with both Tencent Music and NetEase Cloud Music, ending an exclusive arrangement with Tencent Music.News of the regulatory scrutiny has pressured Tencent group shares over the past month, with Tencent Music down more than 14%.

The company, known as China’s Spotify, has been expanding its music library through new partnerships and multi-year licensing deals. That, coupled with efforts to diversify its content base through long-form shows and live talk shows have helped lure more paying users as well as advertisers.

Although paying users for its music platform jumped, monthly active users (MAUs) for both music and social entertainment platforms declined by 6.4% and 14.2%, respectively.

“Users have stopped growing in general; last year was a high base due to the COVID,” said Tian Hou, analyst at T.H. Capital Research.

Profit attributable to equity holders of Tencent Music rose to 926 million yuan ($143.94 million) in the quarter from 887 million yuan a year earlier.

(Reporting by Tiyashi Datta and Eva Mathews in Bengaluru, and Pei Li in Hong Kong; Editing by Shinjini Ganguli and Muralikumar Anantharaman)