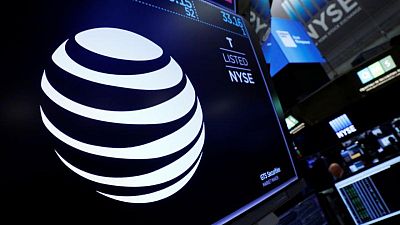 By Sheila Dang and Krystal Hu

(Reuters) – AT&T Inc’s $43 billion deal on Monday to spin out its WarnerMedia business and combine it with Discovery Inc was among the most ambitious yet in the streaming era. Media bankers and analysts said it will not be the last.

The bigger scale of the combined company gives it a fighting chance against Netflix Inc and Walt Disney Co., which have 207.6 million and 103.6 million subscribers, respectively.

ViacomCBS reaches about 36 million people through its streaming platforms. NBCUniversal does not report total subscribers for its Peacock service. But Chief Executive Jeff Shell said in April that one-third of sign-ups were monthly active accounts, which works out to 14 million households.

These companies have to get creative in generating new content and adding subscribers, or turn to dealmaking to stay competitive, bankers and analysts said.

The Information reported earlier this year that Shell told colleagues the company needed to merge with AT&T’s WarnerMedia to compete.

The AT&T and Discovery deal puts “a tremendous amount of pressure” on NBCUniversal, said Craig Moffett, an analyst at MoffettNathanson. NBCUniversal is in the “awkward” middle ground of being too small to be a long-term winner in media, but not small enough to be an easy acquisition target for other major players, Moffett added.

NBCUniversal could look toward acquiring movie studios MGM or Lionsgate, but those alternatives do not have the scale that a WarnerMedia deal would have had, Rich Greenfield, partner and analyst at LightShed Partners, wrote on Monday. MGM has been exploring a sale that could value the studio at over $5 billion, Reuters reported earlier this year.

AT&T considered many options for its media arm, including a combination with ViacomCBS, but ultimately decided to move forward with Discovery because it believed the latter had better media assets and fewer regulatory hurdles, according to a source familiar with the matter.

ViacomCBS did not respond to a request for comment.