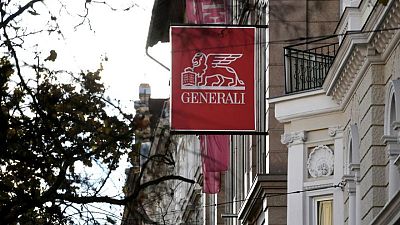 Generali said in November it aimed to become a top player in asset management, where operating profits rose by 46% in the first quarter to 136 million euros.

On Tuesday, the company reiterated that development of asset management was among its priorities and also said it would continue to identify investment opportunities through the expansion of its “multi-boutique platform.” These are usually specialised investment divisions operating under the umbrella of a larger company.

The life business proved resilient despite the current low interest rates environment due to a business mix more focused on unit-linked and protection lines, the company said on Tuesday.

Operating profit, the figure most closely watched by the market, stood at 1.6 billion euros ($1.95 billion) in the quarter, up 11% from a year ago and above a company-provided analyst consensus of 1.48 billion euros.

Net profit also came in above analysts’ consensus at 802 million euros, from 113 million a year ago when it was impacted by significant COVID-related impairments, Europe’s third biggest insurer said.

Life insurance new business, expressed as the present value of new business premiums, rose 13.2% to 12.4 billion euros, mainly due to the growth in unit-linked products, which were up 23.1%, and protection lines, up 26.1%.

“The growth in unit-linked (products) continues to surprise us positively and the high growth in asset management revenues is driving operating leverage,” analysts at Jefferies wrote in a note.

Generali’s solvency ratio, a measure of capital strength, stood at 234% at end-March, up from 224% at the end of December, and stayed above 230% as of Friday despite the recent widening of the spread between Italian and German 10-year government bonds, finance chief Cristiano Borean told a news briefing.

While Generali was less affected than its peers by the impact of the COVID-19 crisis on sectors such as events or credit insurance, the insurer suffered from the pandemic-related restrictions on the travel sector.

“We expect a rebound in the third quarter but it will depend on the speed of vaccination campaigns in the different countries,” Borean said.

Generali, which is due to present a new strategic plan between the end of this year and early 2022, confirmed all targets of its current plan including an EPS compound growth rate of 6-8% between 2018-2021.