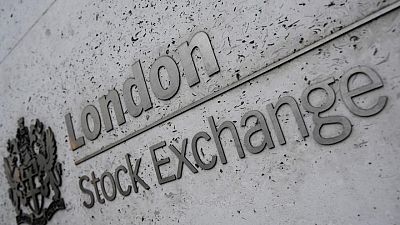 Britain’s unemployment rate fell again, to 4.8% between January and March, and hiring rose further in April, according to data that showed employers gearing up for the easing of coronavirus curbs.

“While the furlough scheme has succeeded in preventing a wave of redundancies, there is little doubt the jobless rate will rise again when it concludes in September.”

Britain extended its huge job-protecting furlough programme by five months until the end of September, covering about one in five private-sector employees who receive 80% of their salary for hours not worked.

The FTSE 100 has gained nearly 9.4% year-to-date as investors flocked to energy, materials and banking stocks that are seen benefiting the most from a stronger economic recovery due to speedy COVID-19 vaccinations and government support.

Among other stocks, Oxford Biomedica gained 10.4%, to the top of the mid-cap index after it doubled the revenue expectation from its COVID-19 vaccine supply deal with drugmaker AstraZeneca.

(Reporting by Shivani Kumaresan and Devik Jain in Bengaluru; editing by Uttaresh.V and Jonathan Oatis)