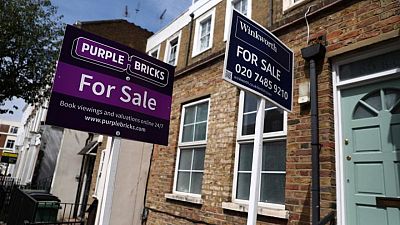 LONDON (Reuters) – British house prices have risen further over the past month as sellers seek to take advantage of an extended tax break on property sales, figures from property website Rightmove showed on Monday.

However, the national rise masks big regional differences. Prices in London were just 0.2% higher than a year earlier, while those in Wales had risen by 13.0%, with double-digit rises across much of northern England as well.

After an initial slump in transactions during Britain’s first coronavirus lockdown in April and May last year, activity and prices have risen sharply. Many richer Britons have sought larger houses better suited to working from home, and the government cut purchase taxes to spur sales.

Last year saw a surge in demand for housing in rural and suburban areas of southern England, which has now extended to northern areas, Rightmove said.

House prices in London are still almost three times the average price in northern England, but this is the lowest multiple since 2013 when Rightmove started collecting this data.