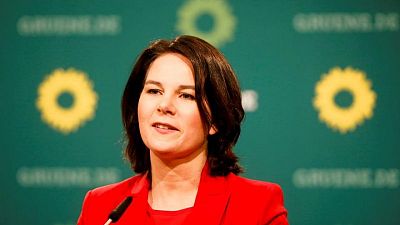 The Greens are riding high in the polls ahead of Germany’s Sept. 26 election, with a very good chance of joining the next coalition government or even taking over the chancellery.

The party, born in 1980 out of the ecologist movement of the late 1960s and 1970s, is tapping mounting concern about climate change, especially among young Germans demanding accelerated change.

Baerbock told the paper that she is in favour of introducing climate-friendly taxation of flights, essentially putting an end to low-cost offers such as a trip from Germany to Mallorca for 29 euros.

“I don’t think it’s fair that jet fuel is subsidised with all our tax money, while long-distance journeys by train are expensive, especially at peak times”, Baerbock said.

In Germany, jet fuel is exempt from energy taxes. On international flights, it is also from value-added tax.

The German Federal Environmental Agency says that any trip by air reaps only 10% of the tax that road or rail travel generates.

Baerbock added that she would introduce an “emergency climate protection programme” if elected to the chancellery. Such a programme would include mandatory solar panels for new buildings.