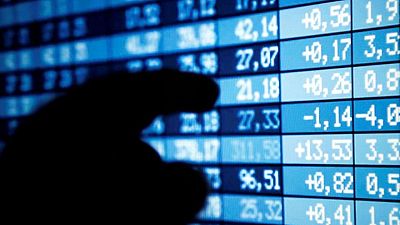 By David Randall and Maiya Keidan

NEWYORK (Reuters) – U.S. investors grappling with the latest stock volatility and evidence of inflation say they have been positioning themselves for more unexpected kinks in the road to recovery.

The moves to hold assets that could withstand a prolonged surge in inflation come as data earlier in the week showed U.S. consumer prices rose by the largest amount in 12 years in April in a jump that was well above Wall Street’s expectations. Bottlenecks in global supply chains and scarcity in the labor market were among the reasons for the surge in prices, Labor Department data showed.

Another wrinkle for investors trying to navigate the economic reopening is the Federal Reserve, which expects a jump in inflation to be “transitory,” meaning it will be slower to raise interest rates in order to make up for persistently low inflation over the last decade.

“What we’ve learned in the past 24 hours is that the amplitude of inflation is going to be more important than anyone realized and it’s too soon to tell how persistent it will be,” Bob Miller, head of Americas Fundamental Fixed Income at BlackRock, said on Thursday. “That will be the debate over the summer.”

Miller, who said his firm is holding more cash than it normally would, expects that the combination of the Fed’s policy and signs that inflation may be rising more above expectations “is going to create more financial market instability over the next summer and fall if not dialed back.”

There has been evidence of more cautious behavior in recent weeks. Investors moved $57.3 billion into cash during the last week of April, the largest inflow to cash since March 2020, and followed that with the largest weekly inflow into gold in three months during the first week of May, according to Bank of America Global Research.

“The inflation bump that we expected will be higher and bumpier than we expected,” said Brian Nick, chief investment strategist at Nuveen, who has been increasing his weighting in small-cap equities and is moving into emerging markets stocks in anticipation that the reflation trade extends throughout the remainder of the year.

“We are not dealing with runaway inflation, but we’re dealing with the fact that everyone has a different definition of what transitory means,” he said.

Inflation fears have weighed on equities this week, particularly growth stocks. Overall, the benchmark S&P 500 is down about 3% from its record high hit earlier this month and the Nasdaq down about 7% from a recent peak, partially rebounding on Thursday after sharp falls earlier in the week.

“I think every portfolio manager, every growth equity manager out there, is trying to figure out … are we getting close to the bottom, are we going to retrace another 25%? It’s why you see the market churning back and forth,” said Brad Gerstner of hedge fund Altimeter Capital at the Sohn conference on Wednesday.

Garrett Melson, a portfolio strategist at Natixis Investment Managers, said the reopening of the global economy will most likely take longer than many investors expect, leaving the market’s recent rotation into cyclical shares with a “considerable runway,” he said.

Some investors concerned about inflation are favoring Treasury Inflation Protected Securities, and yields on 10-year TIPS are close to a three-month low. Benchmark 10-year yields, meanwhile, have steadied after rising over the first three months of the year.

“The recent preference for TIPS is an acknowledgement that inflation could potentially pick up and if it picks up it might persist for a longer period of time than what the market or the Fed is expecting,” said Jim Besaw, chief investment officer at GenTrust Wealth Management, which has been increasing positions in commodities and regional banks in anticipation of a long period of higher inflation.

Not every prominent fund manager is as concerned. Cathie Wood, whose ARK Innovation ETF was the top-performing U.S. equity fund last year, said in a webinar on Tuesday that continued innovation will make deflation a larger force than inflation in the years ahead.

Indeed, the inflation picture is difficult to read.

“It’s kind of hard to ascertain what’s truly happening,” said Gregory Peters, head of multi-sector and strategy for PGIM Fixed Income. “You have so many supply line disruptions, you have data quirks, you have labor disruptions.”